The following is an expanded and revised write-up of the closing keynote I delivered at the Spectrums of DH lecture series organized of McGill Digital Humanities in honor of the late Stéfan Sinclair. This lecture meant a lot to me and many of us because of the life it celebrated and honored. Stéfan Sinclair always worked hard to welcome you into his world, and make his world more welcoming. He epitomized the best that digital humanities could be at a certain moment in its history. I hope my comments below inspire some of you to write the best chapters of that digital humanities that is to come in his wake.

If the question is eternal, the answer, though, is historical. I am here to answer that question for us in 2021 from the United States. We can acknowledge first that some of us here in this mixed company have lived through a shared history in our provincial corner of digital humanities, and that other histories are real elsewhere. Our history, the one I share with others here, puts us in the tongue-in-cheek space of the late-stage digital humanities, where a host of specters haunt us.

When I was a student, long before the professional I am today, I heard several white men prematurely declare the things I studied dead: History was dead, the author, poetry, and so many other giants were declared… dead. You had to be a senior white professional of the male persuasion to be able to issue these postmortem certificates, of course, and these often followed the arrival of a new horde of barbarians. Not to worry, I am not a white man; I’m obviously not here to declare digital humanities dead. As far as I can tell, no white medical examiner has stepped forth either. These days, it seems much safer to prophecy death instead, to live in the death-to-come. When we hear the phrase, “late-stage capitalism,” for example, we are asked to imagine that capitalism is in its dying leg. Why do we prophecy the death of that which is not dying? Why do we mourn that which is not dead? Capitalism is fine, and so are the digital humanities. They’re probably out playing golf with each other in Dubai.

I say “specters” because we are surrounded by fictions, by kool-aid, by hoverings that took possession of our house while we prophesied that the digital humanities were going to die, that they were going to be absorbed by the Humanities—a mystical death where everything was going to become digital. Unsurprisingly, this future has not come to pass. The digital humanities did not die and become absorbed by departments or libraries. You did not convince your colleagues to stop writing books. Libraries did not teach everyone in the humanities how to code. If anything, digital humanities was pared down to the size of a few affordable practices. And yet, the vaporware of premature mourning persists in the wake of these false prophesies. In order to exorcise some of the most malevolent of these wraiths, I want to rehearse for you the clarity and definition that is possible today, the tangibles that we inherit, and the contexts in which we move forward. What better instrument to accomplish this than an Intro to DH?

Originally, the lecture was called “Through the Broken Glass,” but one of my brilliant hosts, Kate Bundy, suggested the much more dynamic “breaking.” Considering the reality the title points to, I happily changed it. The glass is breaking because the most important development of the past decade is that a large number of us who are not white embraced and continue to embrace digital humanities methods—enough of us around the planet to substantially transform the field of practice. In the United States we usually speak of a glass ceiling breaking whenever a woman or anyone in a minority population rises up in a hierarchy. “Through” the breaking glass, because I’m also referring to Lewis Carroll’s Alice Through the Looking-Glass, because part of that breaking is the breaking of the mirror, of the constant inward gaze. What Black and Brown people, POCs, non-White folks—however you want to call us—bring to the table is a break from DH for DH’s sake. We insist on a DH that works for our communities in and outside the academy. The long arc of my comments today points to this break.

Without further ado, then, here’s how I introduce digital humanities to new audiences—usually students. I begin by telling them that the digital humanities is a three-ring circus1—the intersection of three spheres of practice: What we could call, a) architectures of knowledge; b) computational approaches to corpora; and, c) interventions in networked culture. I’m going to go through each of these in detail, stopping to look at several of the genres that exemplify each of these rings; and, I’m going to connect all of them for you, like those madmen who connect everything on murder boards. At the end of the lecture, you should be able to see connections between all the Omeka sites out there, the computational work of folks like Ted Underwood or my friend Dennis Tenen and the rest of the new wave of cultural analytics, and the collective work of hashtags and crowds on Twitter.

The Architectures of Knowledge

Let’s start with the architectures of knowledge: the design and construction of digital artefacts and systems that do the work of the humanities. The most basic unit, the first and simplest unit in our journey is the document. We study documents, and create new ones. No controversy there. Here’s one: 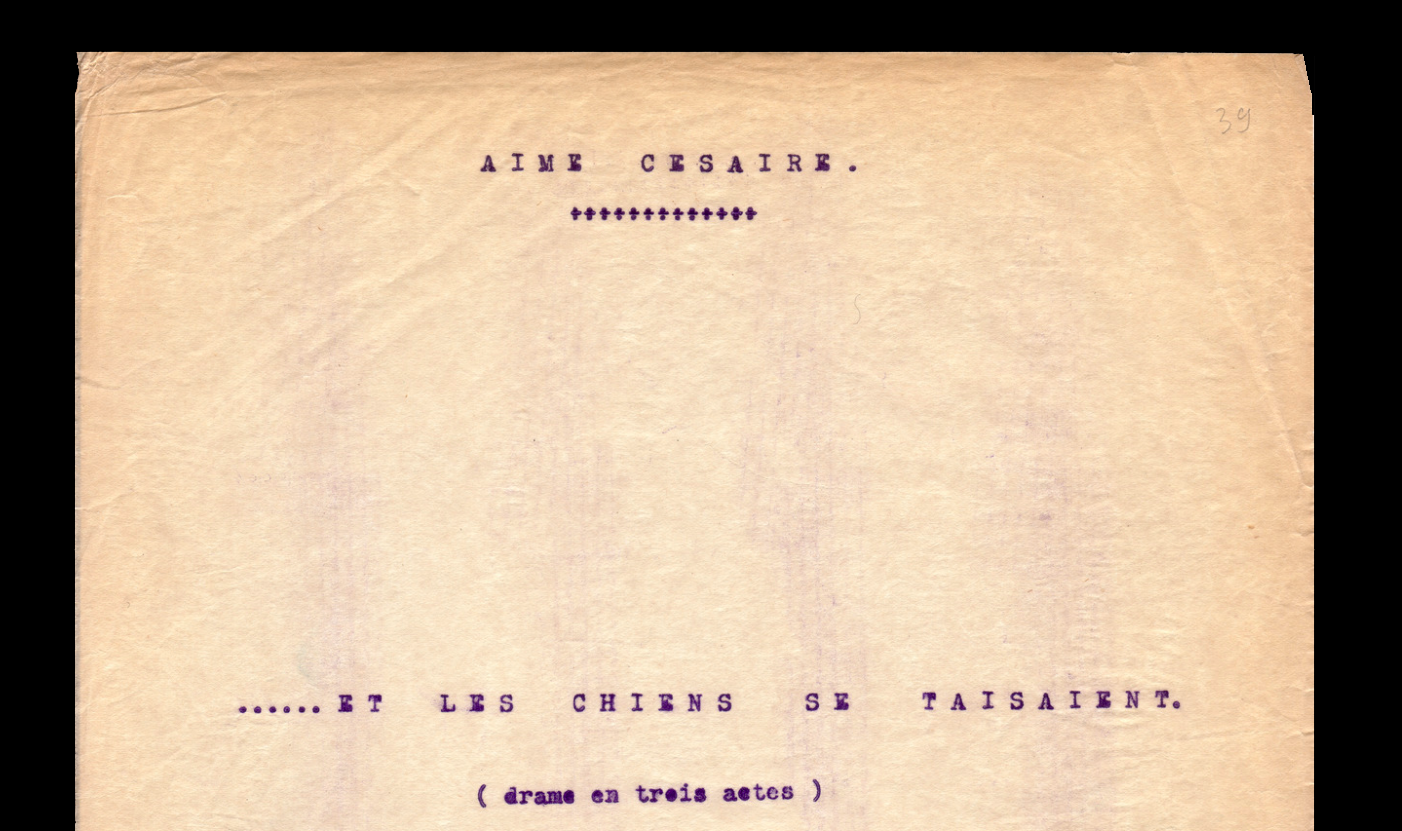 This one in particular is a photograph of the front page of a manuscript of a play on the Haitian Revolution by Aimé Césaire. In digital environments, a document can take many forms, usually file types, but not necessarily: a PDF, a Word document, but also a digital edition or series of image. You can find many of these on my digital edition of the play. Let the digital edition be our first recognizable, hard-to-argue-with genre of digital humanities. These editions have a long history. Some of these works follow in the tratidion of carefully curated scholarly editions, such as the art and literature found in the gesamtarchivwerk of The Rosetti Archive of my mentors at the University of Virginia, or one of my all-time favorites, the edition of Frankenstein at The Shelley-Godwin Archive at Maryland. 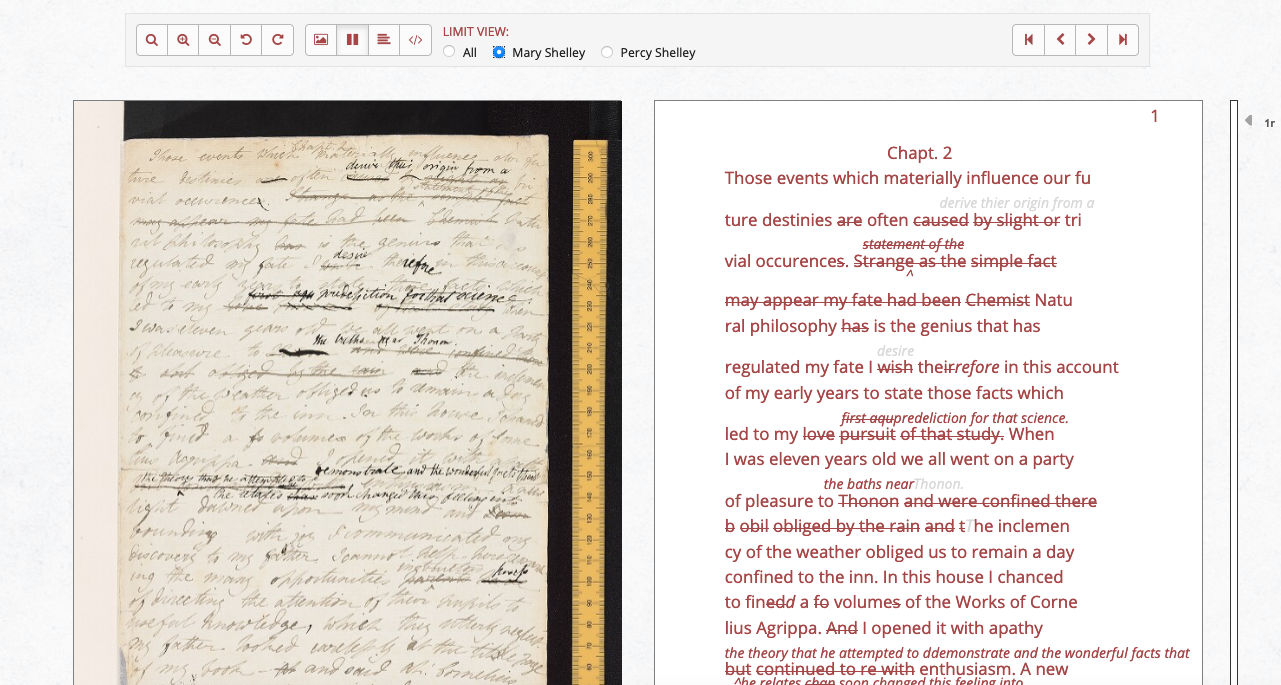 Fig 2. Digital edition of ms. of Frankenstein by Mary Shelley

This edition amuses me to no end because it allows you to gray out Percy Shelley’s mansplaining on the transcription of Mary’s draft of the novel. This sort of on-and-off switch is one of the main differences between digital editions and their analog counterparts. If we were to instantiate this sort of separation between Mary and Percy on paper, we would need separate editions. Not all digital editions can afford the time, effort and expense of something like the Shelley-Godwin, of course. Using the TEI standard, the team had to mark up—to enclose with agreed-upon symbols—every tiny segment of Percy’s writing, and every tiny segment of Mary’s writing, and then architect and build a web application to be able to switch the one or the other off. Beyond this loving, expensive care, the work of editions can take many forms, from the fast-and-furious quick OCR of Project Guttenberg, to the Fordist work of contemporary e-book production, where more effort goes into erecting paywalls than caring for the text.